The origins – The Tower and the Prisons

Orlando Grosso, who supervised the restoration work at the Palazzo Ducale from 1935 to 1940, maintained that the Tower was not built earlier than 1298 and not much later than 1307.
Yet, its origins are still debated today. According to some historical sources and the artistic features, the Tower might have been built before 1291 or even sooner, well before the construction of the 13th century private palace of Alberto Fieschi. The historian Paggi chiefly supports this theory:
“The tower – he says – may be one of the ancient defence towers of the town from the side of Serravalle. It was objected that the tower has the peculiarity of a civilian and not of a military building. But this remark is nevertheless questioned by the fact that the town wall of the 11th and 12th centuries was a kind of defence built up with all possible speed by the residents of San Lorenzo and by the Milanese of S. Ambrogio in order to shut themselves up, to guard them from the hill of S. Andrea di Banchi.
The towers were probably built up hastily just where the houses were situated, and the whole population contributed to erecting the walls between tower and tower. And each one had its own master”.
Despite the lack of firm documentation, both these theories have a foundation of their own, yet the viscount origin proposed by Poggi seems to be a more legendary than historical one. It is certain, however, that the tower was part of Alberto Fieschi’s palace.

The Tower and the Prisons
The origins
1600-1700: life in the prisons
Renowned prisoners 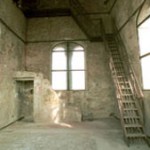 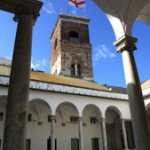 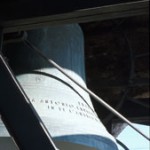